The middle step in the VbDC Performance sequence, which takes the athlete from the half-day training of the Emerging Elite Camp to a full-day training programme.

The newest VbDC Performance camp, “Pre-E” takes the athlete a big step up from the Emerging Elite Camp and is designed for athletes entering or involved in national league club competition, university level volleyball, and for preparation to try out for their national squad or scholarships to US or UK universities. The second of the three five-day performance camps held by VbDC, its purpose is to prepare the athlete for true elite-level training. The Pre-Elite Camp is no tea party.

Led by coaches from national league teams, professional clubs, or who are on the coaching staff of national teams, Pre-Elite is probably the most physically challenging of all the VbDC camps. Athletes will be exercised in intense game simulation drills, which can be physically draining. Their mental processing will be challenged, with their actions on court observed, analysed  and questioned so that the athlete has no misunderstanding about his or her responsibilities in a high stakes match. Athletes will return home physically and mentally exhausted at the end of each day, the effect of the coaches demanding their total commitment to the purpose of being at the camp: to test them for their capacity to become elite athletes. Athletes will be persistently asked to explain their offensive and defensive actions and the reasons for doing them.

In some of the few relaxed minutes of the camp biometric measurement sessions will be held, at which the athlete’s abilities, particularly in explosive performance, are assessed by specialists. At lunchtime, guest speakers who have reached the highest levels of the game, or who help athletes reach those levels, will talk to the campers. In scrimmages, statistics will be taken of each athlete’s performance. All the data gathered will be available to the athlete to share with their main coach.

There is very little “down” time at the Pre-Elite Camp; every minute is a test of the individual’s preparedness to move into the highest levels of the sport. 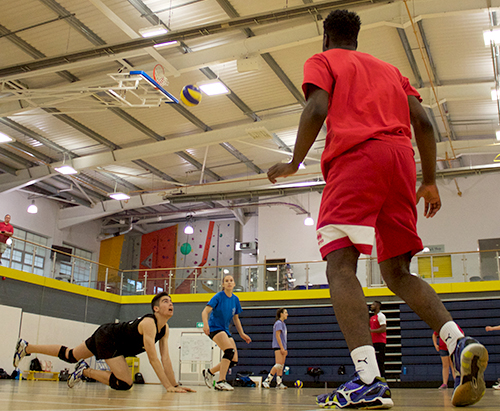