Volleyball Development Camps introduce BattleGrounds, a series of one day camps looking at the key battles that take place during a volleyball match.

The concept behind these camps is that volleyball matches are won and lost in a series key battles on the court such as attack versus defence and service against reception. Athletes attending the camps will be armed with the weapons necessary to gain the upper hand in these battles. Our coaches will be covering areas such as: –

On one day we will look at the service against reception battle, while on the second day we will concentrate on the attack versus defence battle. Each day is a stand alone event so they be booked as individual sessions.

Both days will follow a similar format starting with a warm-up of course, moving into individual technique and group drills then progressively applying what has been learnt into a series of wash drills and ending the day with a mini tournament.

The Attack versus defence camp will also provide setters with an opportunity to develop their skills in running their teams offence.

To get the most out of the camp we suggest that athletes are able to serve and attack with consistency and are not afraid of taking on the challenges of floor defence. 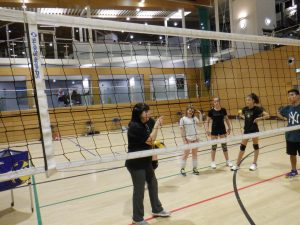